The Triple Constraint Is Insufficient 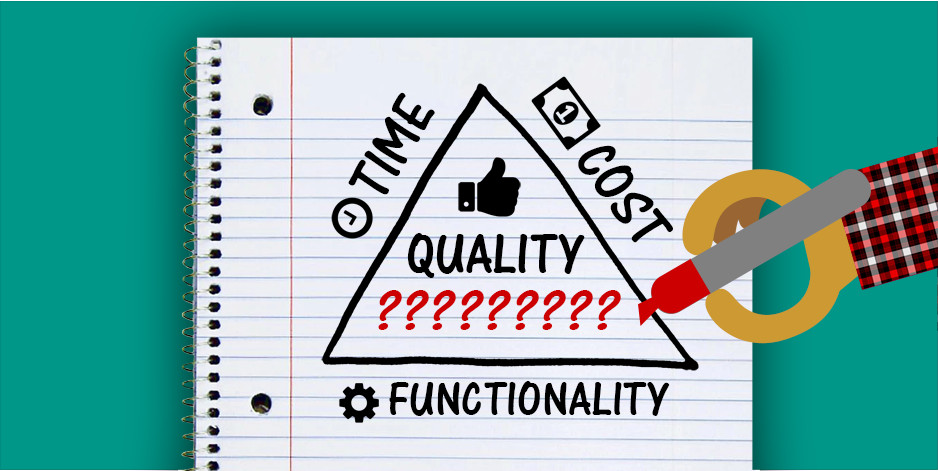 I have had my PMP certification for about 10 years now. One of the fundamentals is a pledge of allegiance of the triple constraint, that Schedule, Cost and Quality are your three constraints that need to be managed.

We are further told that if the client/project sponsor holds onto 2 of those controls then the 3rd one is the domain of the project manager (and the team). This is based on an assumption that scope is all determined before ground is broken on the project. I think that this is a fall-back to the construction industry’s view of projects. Of course everything is planned out before you lay the foundation.

The reality though is that scope is never fixed. Functionality is always added in and removed because the sponsor/business leader frequently holds onto time, money and functionality.

Question: So what is the developer to do ? They are told that they need to have this done, by that time and at x cost (this message is delivered by the project manager who is themselves constrained).

Answer: The developers holds onto quality, and they will (mostly) passively resist you controlling that that too.  How do they do that ? By throwing the first thing that works over the fence and moving onto the next deliverable. This is not a character flaw, this is their only response to unreasonable constraints.

What actually happens is that if you are going to push a team to do the impossible they are either going to fail, or they are going to deliver exactly what you asked for (and there is a fairly good chance you haven’t defined quality for this deliverable). We can go on and on about what defines quality, but in software terms, good developers know quality when they see it. Typically  it is somewhere between “fit for purpose” (does it do what it is supposed to do and no more/less) and “compliance with standards”.

So how do we ensure quality ?

Back to the Triple constraint. So what would I suggest ?

Stewart Belsham is an IT entrepreneur with over 20 years experience consulting for both large and small corporations. He is the founder of Symbiosys, a 20 person consulting practice which has been offering technology services since 2002. More recently, he is a founder of Ramessys which is a digital rights management firm helping corporations protect proprietary data. He is passionate about building thriving, productive and inclusive teams of professionals.